“All of the stories work together,” said Ranger Antoine Fletcher, project manager for the African American Experience. His photo is at the top of this post.

Fletcher began his work with the project in the summer of 2020 when he moved to GSMNP to become the science communicator of the Appalachian Highlands Science Learning Center at Purchase Knob.

“We’re taking a 30,000-foot view,” Fletcher said of the research on the project.

Atalaya Dorfield is the project’s research assistant from the Greening Youth Foundation.

Fletcher explained that he and Atalaya Dorfield, the project’s research assistant from the Greening Youth Foundation, are beginning with 1619, when the first African slaves were brought to the United States. They are looking at how African Americans came to the Smokies.

On the North Carolina side of the park, there is evidence of slaves coming from Guinea on the West African coast who were transported to the Smokies from ports in North Carolina.

Fletcher said that he and Dorfield are building on the research conducted by Adam McNeil, who was the project’s research fellow for two years with funding from FOTS.

Study of cemetery of enslaved people 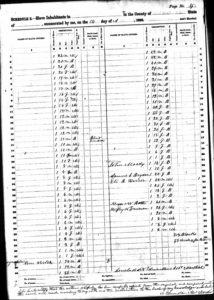 The 1860 Haywood County (NC) slave schedule provides documentation on African Americans who lived in the Smokies.

FOTS provided $10,500 for a ground-penetrating radar study of the O.E. Kerr African American Cemetery in the Cataloochee Valley area, thought to be a cemetery of enslaved people.

The ground-penetrating radar used radio waves to examine the area without having to disturb the soil or any potential remains. The study enable the park to determine the number of individuals buried at the site.

In August 2019, the park held two community meetings — one in Blount County Public Library in Maryville, Tennessee, and one in Pigeon Community Multicultural Development Center in Waynesville, North Carolina — to give projects updates, answer questions, and ask for help in obtaining stories and artifacts of African Americans in the Smokies.

“We now understand how many pieces of the story that we have,” Fletcher said. “That means we really have to string together those stories to create this narrative.”

Fletcher, who has a background in anthropology, said that his research focuses on the ‘why’ of situations. Why did African Americans come to the Smokies? When slaves were freed, why did they leave or not leave the Smokies? 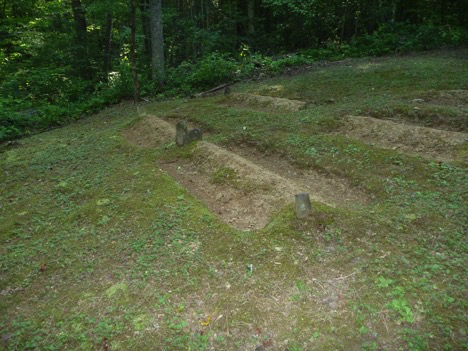 Fletcher said one of his new favorite findings is the African American connection with Sunburst Logging Company. The logging company, also called Suncrest, was established in 1905 in what is now Lake Logan, North Carolina. Sunburst was a great place for African Americans to gain stability through the workplace, Fletcher said.

Many different categories of people worked at Sunburst during its existence, Fletcher explained. There were African Americans who worked for the logging company, soldiers fresh from the war who came to work on the railroad that was needed to transport the wood, and people around that community who used their housing like Airbnb for Sunburst employees.

Another focus of the research is music. What music and instruments did the enslaved Africans bring to America, Fletcher asks. Prior to slavery, Africans were using drums and instruments that are similar to the guitar, the banjo, the fiddle played in the Smokies. 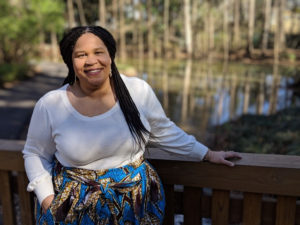 “Because of Friends of the Smokies and other sponsors, we can spread the field and do more research,” Fletcher said.

“This project will be another time that the park has delved into history that has been spoken about amongst people in the community but has not been shared to a wider range audience,” Fletcher said.

This year, FOTS is helping expand the project by contracting with Latria Graham (Great Smoky Mountains Association Writer in Residence in 2019) to assist in collecting more information and developing interpretative materials related to the Turner family in Walker Valley.

The intent of these varying efforts is to be able to incorporate the African American experience in the Smokies into existing and new exhibits, interpretative and education programs and publications.

Introducing a new audience to the Smokies

“I think a program like this will introduce a new audience to the Smokies,” Fletcher said. “Maybe more people of color, maybe more people that were only interested in the natural world of the park, maybe current residents that have not visited the park in years. Whatever may be the case, I feel like this project can connect to various groups throughout the world.”

You can support the African American Experience in the Smokies project by making a donation to Friends of the Smokies.