The locust staircase at Alum Cave Bluff is one of the major improvements made by the Trails Forever restoration work. Before and after photos by NPS

An added bonus of a recent hike to Mt. Le Conte was being able to see the completed  Alum Cave Trail restoration work.

I’d been a volunteer on the trail crew for a day in July 2016, so I’d seen much of the work that had been completed for the first portion of the trail, but I hadn’t seen the work done above Alum Cave to the top.

What a great job the crew and volunteers have done!

On the trail and atop Mt. Le Conte, hikers were talking about the trail improvements – both big and small.

If you’ve hiked Alum Cave Trail before, you will be sure to note the big changes at Arch Rock and Alum Cave Bluff.

The stairs up Arch Rock previously had been stones of greatly varying sizes and surface contours. Adding to the challenge of navigating the stone stairs was needing to bend over at times to not hit your head on the rocky overhang.

Now the staircase has smooth, regularly spaced stairs and the overhanging rock has been carved out to let you climb the stairs without having to bend over. 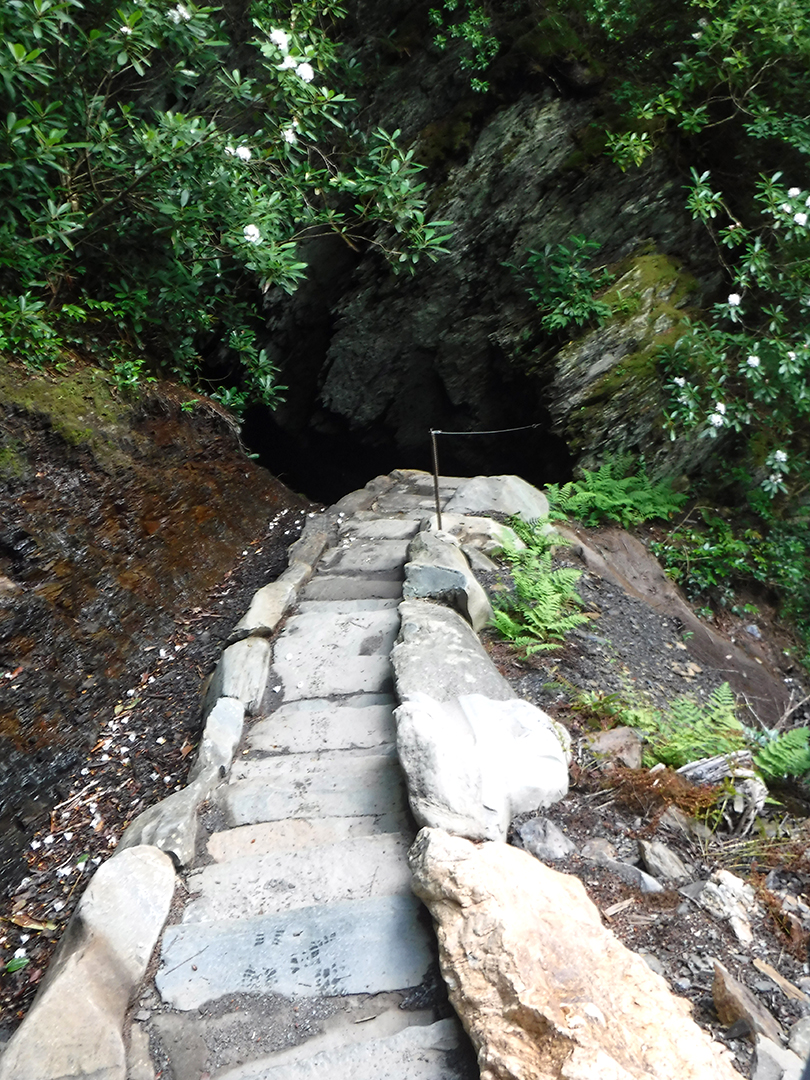 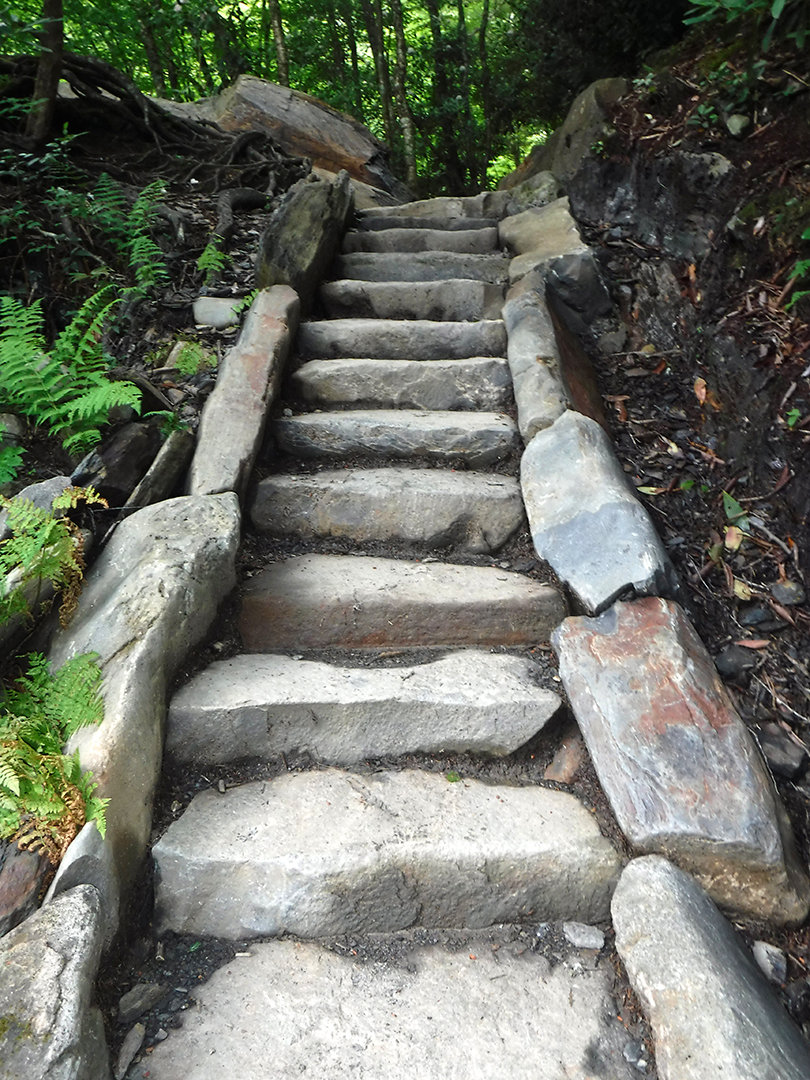 The stairs have been extended above Arch Rock, improving the traffic flow and making that section of the uphill easier.

The trail at Alum Cave Bluff is greatly improved. Before, you had to scramble up the sandy surface to get into the bluff. A locust log and stone staircase now leads up to the bluff.

Black locust logs were used to make the staircase at Alum Cave Bluff, as the wood resists decay even when wet. Photo by Julie Dodd

When we were sitting near the top of the staircase eating lunch, we heard several hikers compliment the addition of the stairs.

“Wow,” one hiker said at the bottom of the staircase. “These stairs are terrific!”

The Alum Cave stairs were the section of the trail that I helped with last July. The skilled Trails Foverer crew members worked on construction of the stairs. They measured and cut the locust logs and used a large level to make sure the steps were even. They cut large rocks to be fitted into some stairs and used smaller stones to fill other stairs.

The staircase was built with black locust logs that had to be airlifted by helicopter to near Alum Cave Bluff and then carried to the work location.

The other volunteer and I spent much of the day transplanting vegetation around the lower section of the stairs. The goal was to help prevent erosion and to help keep hikers on the steps, rather than walking next to the stairs. (If you’ve hiked Alum Cave Trail and have stayed on the steps, thank you!)

On the day I volunteered with the trail crew, Josh Shapiro, the crew supervisor, talked with us about trail improvements as we hiked to Alum Cave Bluff to start our work. The goal, he said, was to make the trail more hiker friendly because Alum Cave is such a heavily used trail.

The stone drainage trenches work better than metal or plastic drainage pipes, as the pipes could get blocked by debris.

In places tree roots had covered the trail, making footing difficult. Stairs were built over the root systems of more rare species and roots were cut in the case of other trees.

Locust log stairs were added in several sections of the trail.

This bridge was built in a Park Service workshop and transported on the trail with two mules and a winch.

Previous rock steps were leveled and designed to make each step equal in height. What a big improvement! Before, one rock might be an eight-inch step up and the next might be a 20-inch step up.

Sections of the trail are shale with irregular slopping and angles. That made for tricky footing. Many of those most challenging shale sections have been leveled. Both the hike up Mt. Le Conte and down were in the rain for us. So having those leveled shale sections — often beside water run-off or on the edge next to a drop-off – made the hiking safer.

New cable and a smoothed rock surface made sections of the trail safer for hikers.

Higher up the trail, old cables secured into the rock to provide hand grips have been replaced with new cable.

In the LeConte Lodge main lodge, hikers can sign a log-book — noting which trail they hiked to Mt. Le Conte and making a brief comment.

In scanning through the log-book, I saw that quite a few hikers used their small comment section to compliment the newly restored Alum Cave Trail.

The Alum Cave Trail restoration was completed with the aid of 1,500 hours of volunteer aid. Volunteers work with the Trails Forever crew on Wednesdays. You must register in advance to volunteer.

I worked as a volunteer on the Chimney Tops Trail and Alum Cave Trail and found it a great way to learn more about trail restoration and to help improve the trails that we enjoy so much as hikers.