August’s Classic Hike of the Smokies included three trails – the Appalachian Trail, Sweat Heifer and Kephart Prong – starting in Tennessee and ending in North Carolina. The hike leader was Lynda Doucette, who recently retired after a 30-year career with the National Park Service, including the last 16 years at Great Smoky Mountains National Park. As an Interpretive Park Ranger, she focused on education and events that would help visitors appreciate all the Great Smoky Mountains National Park has to offer. Lynda shares the experience of this Classic Hike in this guest post. The photographs were taken by Linda Spangler.

The August Classic Hike of the Smokies was an adventure to say the least!

Meeting at the Kephart Prong Trailhead at 9:30 am, we discovered our shuttle bus was not there as expected.

Our 28 intrepid hikers patiently waited as Marielle checked on the shuttle. Finally it arrived, and we loaded up for the drive to Newfound Gap where we would start our mostly downhill journey.

At Newfound Gap we made a quick pit stop, introductions, and started heading up the Appalachian Trail. 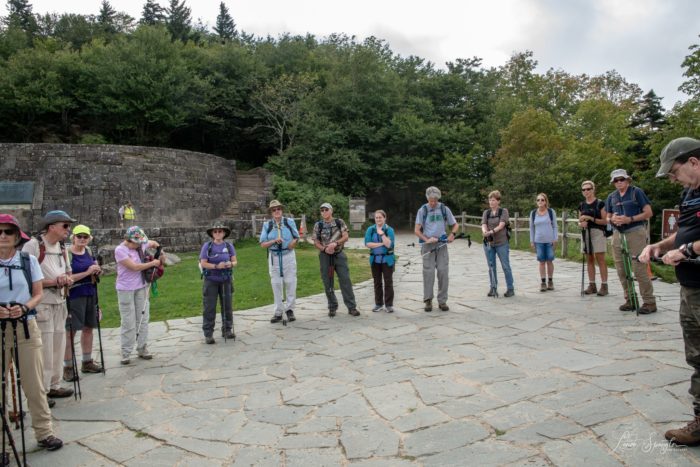 After the bus ride from the Kephart Prong Trailhead, hikers assembled at Newfound Gap before starting the hike. Retired ranger Lynda Doucette (in purple shirt) led the hike.

This was the only uphill section of the trail – about 300 feet in elevation over a bit more than a mile. To make the uphill easier, we made stops to check out some wildflowers blooming. 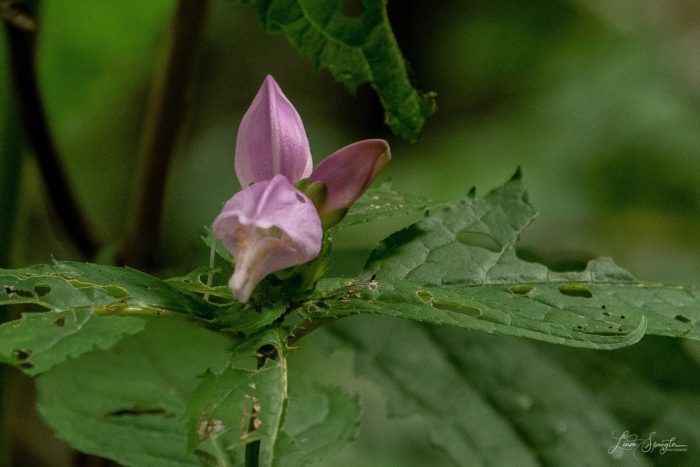 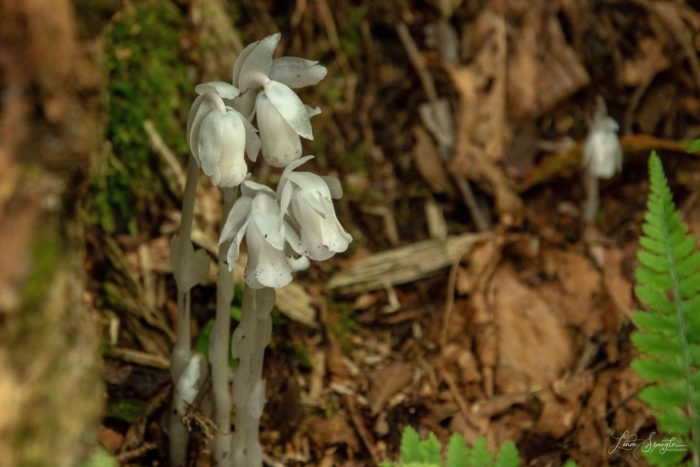 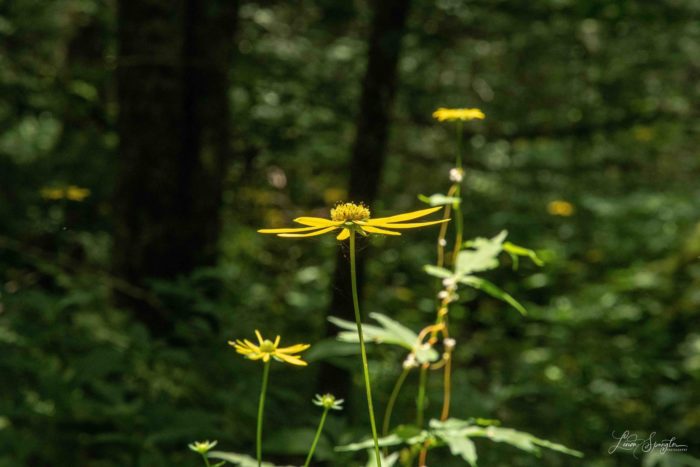 We discovered a black rat snake sunning itself along side the trail. He seemed unfazed as we all stopped to take a closer look and pictures!

Once we turned on to Sweat Heifer, the opening in the tree cover created a very flowery hiking trail.

Bees were buzzing on both sides of the trail as we gently pushed various 3-4 foot tall wildflowers out of our way.

Those of us in front stopped briefly to admire a garter snake lying on dodder-covered greenery. Those in back with the bees buzzing around encouraged us to move more quickly, so we did!

As we returned to the cover of trees, we stopped for a quick snack to hold us until we reached the Kephart Shelter. 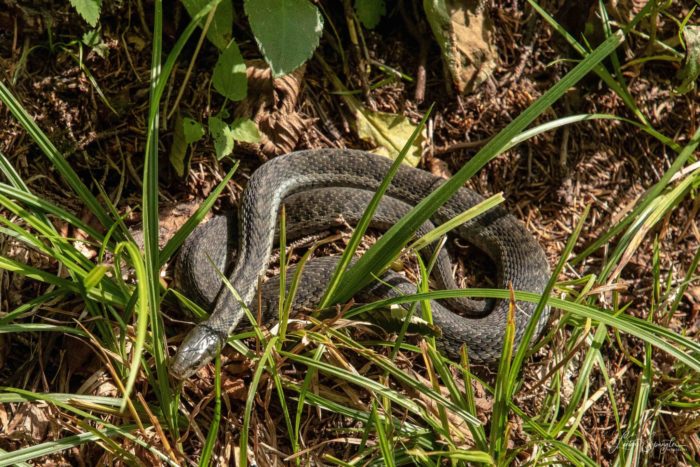 Views along the trail 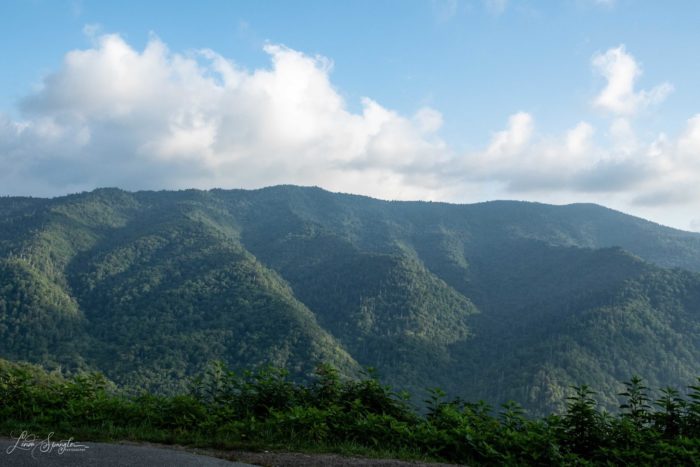 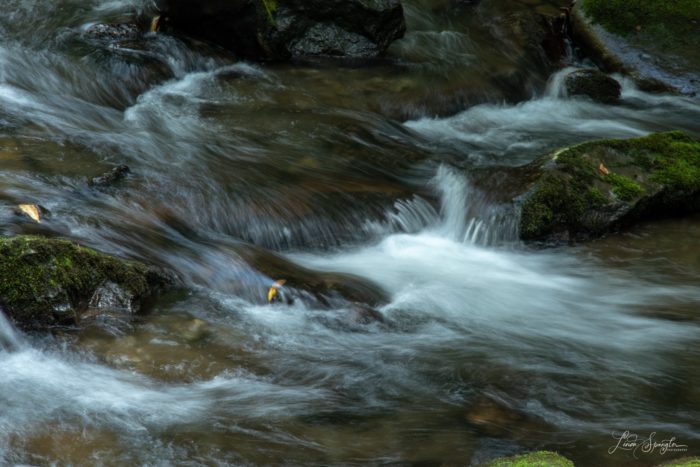 We encountered a couple of downed trees that we had to climb over. We also passed the slide area from last spring, now a well groomed section of trail thanks to the hard work and skills of our tremendous trail crews.

All seemed to be going well until a cry from the back of the group indicated some trouble.

Apparently those of us in front passed a yellow jacket nest without incident, but, at some point, the yellow jackets decided to take action.

Several folks were stung, some multiple times. Most were well prepared, so everyone pulled out their first aid kits and the triage began. 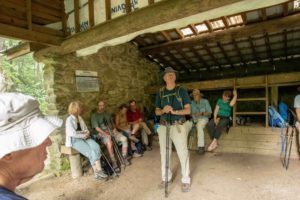 Hikers ate lunch and stayed out of the rain in the Kephart Shelter.

Those who were not affected by the bees continued on to Kephart Shelter for lunch while several of us stayed behind to aid those who were stung.

After doses of Benadryl and other antihistamines and anti-itch creams, we started down the trail monitoring our wounded hikers for any signs of an allergic reaction.

The smaller group did get split up a bit so when the first injured hikers got to the shelter, we found most folks enjoying lunch.

The winds picked up and we started to hear thunder. A radio call to the park dispatch let us know severe thunderstorms were headed our way. Oh boy!

Shelter in the storm

A few brave hikers decided they wanted to try to make it to the cars before the storm so they said good-bye and hit the trail. The rest of us decided to wait a bit to see if it would pass. The last of the wounded hikers got to the shelter just as the downpour of rain started. Luckily we had the shelter to shield us!

It was then that we decided we could use some help for one of our hikers. She was stung on her ankles 8-9 times and a few times on her arms. While she was not having difficulty breathing, it was painful and somewhat difficult to walk. So a radio call to the park dispatch helped get assistance on the way.

When the storm passed, we all decided to hit the trail and head for the cars. Most folks moved pretty quickly while a few of us helped our injured hiker until Ranger Karl met us with a 4-wheeler, which carried our hiker the rest of the way.

While we didn’t get a chance to explore the CCC (Civilian Conservation Corps) camp, we all made it back before the end of the day! 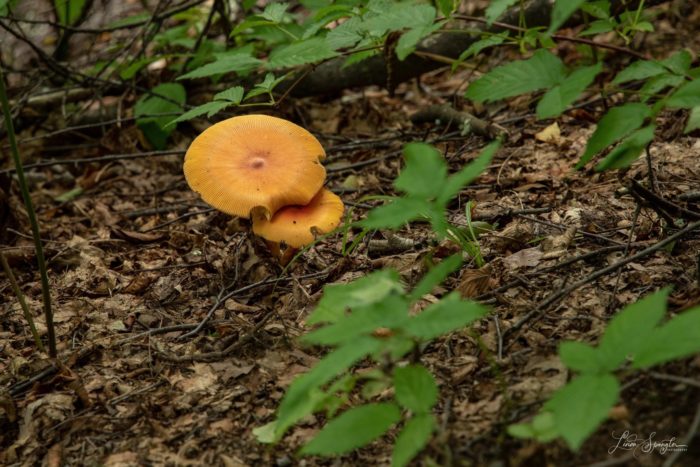 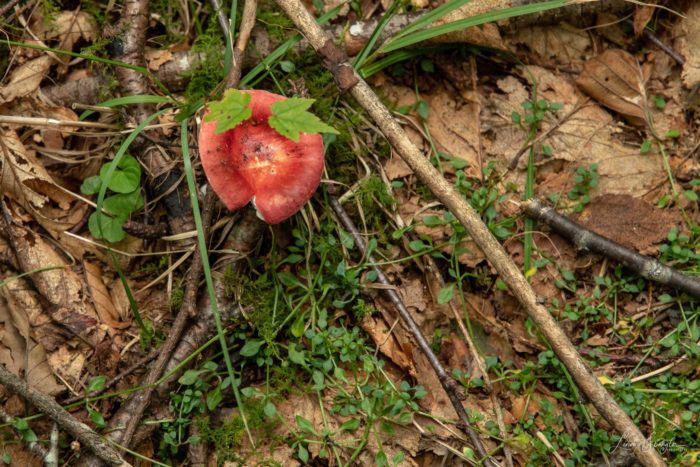 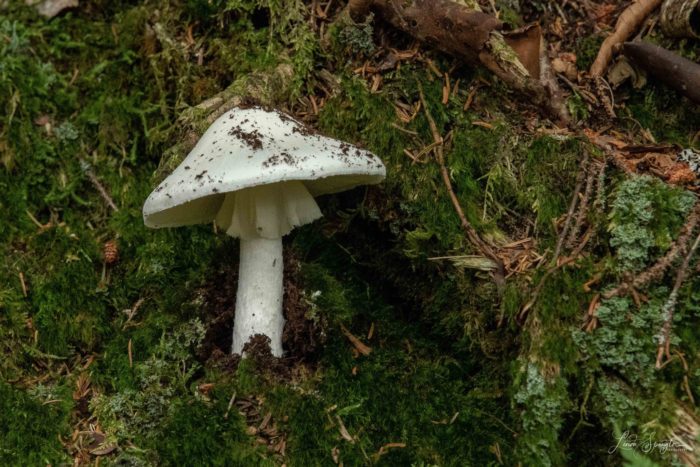 The Classic Hikes of the Smokies are the second Tuesday of the month through December. Each Classic Hike is $20 for FOTS members and $35 for new and renewing members, which includes a one-year membership.

The September Classic Hike of the Smokies is Tuesday, September 10. The group will hike the Trillium Gap Trail to historic LeConte Lodge, one of the most popular hikes in the park. The 13.1-mile roundtrip will let hikers see and experience the improvements being made to Trillium Gap Trail by the Trails Forever restoration work. The trail has a 3,300-foot elevation gain and is ranked as difficult.

You must register in advance.

Trails Forever funds a full-time trail crew to reconstruct and rehabilitate some of the park’s most impacted trails. In November 2018, the crew completed the two-year restoration of Rainbow Falls Trail and now is restoring Trillium Gap Trail.