Classic Hikes of the Smokies in Great Smoky Mountains National Park feature interpretation of the trail, history and park projects supported by Friends of the Smokies.

These monthly (March–December) hikes support restoration and rehabilitation of some of the Smokies most impacted trails through the Trails Forever program.

A crucial part of the Classic Hikes program is the Hike Advisory Team. The 11-member team determines what the hikes will be and serve as the hike leaders and the “sweepers,” the hiker who brings up the rear of the hiking group. [The photo at the top of this post is a meeting of the Hike Advisory Team in 2020 before the pandemic.]

“The Hike Advisory Team brings a diversity of expertise and passions to the Classic Hikes of the Smokies,” said Marielle DeJong, FOTS Director of Projects and Community Strategy, who coordinates the Classic Hikes.

“Some of the team enjoy the park’s unique history, some the flora and fauna, and others the physical challenge of exploring wild spaces on foot. Together they form a community that cares deeply about Great Smoky Mountains National Park, and are eager to volunteer their time to share it with others,” she said.

We want you to meet the Hike Advisory Team for 2021.

Outdoor writer and avid hiker Danny Bernstein brings more than 40 years of trail experience with her, having previously completed every trail in Great Smoky Mountains National Park, the Appalachian Trail, the Mountains to Sea Trail, South Beyond 6,000 Challenge, and three Caminos de Santiago.

She has written two hiking guides for the Southern Appalachians, a travel narrative on hiking the Mountains-to-Sea Trail across North Carolina, Forests, Alligators, Battlefields: My Journey through the National Parks of the South, which celebrated the 100th anniversary of the National Park Service, and DuPont Forest: A History. She blogs at www.hikertohiker.net.

Ty is an enrolled member of the Eastern Band of the Cherokee Nation (aniyvwiya) and was raised on a small mountain farm just outside of Waynesville, North Carolina, where he and his family continue to grow fresh local produce.

He considers himself fortunate to have been raised, and live, in such an awe-inspiring, bountiful landscape, teaming with endless character, personality, and deeply rooted cultures. The influence of his Cherokee and Southern Appalachian cultures, and their way of living, has instilled him with a broad knowledge of the area and profound fascination of this region.

Kevin FitzGerald enjoyed a 34-year career with the National Park Service, retiring from his last position as deputy superintendent of Great Smoky Mountains National Park in 2013. Kevin started his career as a seasonal fee collector on the Blue Ridge Parkway. His first permanent job was as a park ranger in the Cherokee, North Carolina area of the Smokies.

He later served as a district ranger at Everglades National Park, Florida; chief of visitor and resource protection at Chesapeake and Ohio Canal NHP, Maryland/West Virginia/DC; chief ranger at Cape Cod National Seashore, Massachusetts; and chief ranger of the Intermountain Region (WY/MT/UT/CO/AZ/NM/ TX/OK) in Denver, Colorado, before returning to the Great Smoky Mountains in his last permanent NPS position. Kevin also served as the acting chief ranger for the National Park Service in 2002.

He holds a Bachelor of Science in Parks, Recreation and Tourism Management from the School of Forestry, North Carolina State University (1980), and graduated from the FBI National Academy, Class 203 in December of 2000.

Since Kevin retired from the NPS he and his wife, Cyn Slaughter, settled in Waynesville, North Carolina, where he has divided his time between coaching the local high school swim team, the middle school track and cross country teams, serving on the land acquisition board of the Southern Appalachian Highlands Conservancy, chairing the Haywood County Parks and Recreation Advisory Board and serving as a consultant with Global Parks and the International Conservation Caucus Foundation, where he has been a member of and/or lead teams on three assistance assignments to National Parks in Thailand and China in 2015 and 2018.

Billie has served as a dedicated Friends of the Smokies volunteer in numerous roles, including Smokies Stomp Volunteer Captain and Classic Hikes of the Smokies Sweep. You can find her exploring the great outdoors or road tripping to her next adventure. She enjoys fly fishing, hiking the many trails this region has to offer, running at Lake Junaluska, or simply taking a breather on her front porch.

Rob has been hiking the hills of western North Carolina since moving to the area in 2010. Job assignments some years ago in Norway and Scotland kindled his interest in mountain hiking, and he’s taken advantage of the great opportunities in the GSMNP and the surrounding areas since settling here.

Mike Knies is backcountry explorer with extensive knowledge of the history and lifestyle of the former settlers in the park. He has a particular interest in the Cataloochee area of the Smokies. After graduating from the University of Tennessee law school and a 34-year career in the banking industry, Mike became an avid off-trail hiker, marking more than 1,200 home sites in the park. He maintains the A.T. section at Davenport Gap, frequently leads hikes for Carolina Mountain Club, and has written numerous adventure stories about the park.

Dolly McLean, winner of REI’s Anderson Award, has covered hundreds of Smokies miles and other trails across the Southeast’s public lands. She is a longtime Friend of the Smokies, a horticulturist and trail runner. Dolly has made the trek up Mt. Le Conte many times and previously volunteered with the Trails Forever crew on the Alum Cave and Rainbow Falls rehabilitation projects.

Steve Pierce is a retired teacher from Marion, North Carolina. He is an avid hiker and leads hikes for the Friends of the Smokies and the Carolina Mountain Club.

He has hiked all the trails in the Smokies twice. He completed the South Beyond 6000 challenge, summiting 40 peaks of 6,000 ft. He reached the summit of Mt. Kilimanjaro, hiked the Salkantay route to Machu Picchu, and walked the Camino Portuguese to Santiago de Compostela. Steve led the charge of updating and producing ‘100 Favorite Trails of the Smokies and Carolina Blue Ridge,’ a map and new hiking challenge.

Beth Ransom is an accomplished Southern Appalachian and global hiker. She completed the Smokies 900 Mile Challenge, the South Beyond 6,000 Challenge, the Pisgah 400 Challenge, and several Caminos. She shares her hiking experience with others as a volunteer leader for Carolina Mountain Club and Friends of the Smokies.

Steve Winchester lives on his family’s farm in Waynesville. He and his wife, Judy, raise pygmy goats, bees and chickens.

After a fifteen-year career with the United States Air Force, Steve joined a government contracting firm based in northern Virginia and works out of his home as a system engineer. Having grown up in Western North Carolina, he has had the opportunity to explore and hike these hills his whole live, and he especially enjoys time in the Smokies.

Classic Hikes of the Smokies

The Classic Hikes of the Smokies are held the second Tuesday of each month — March through December.

Registration for one hike is $35 for new members, which includes a one-year FOTS membership and one hike, or $20 for current members.

You must register for the hike prior to the day of the hike. space is limited to 25 per hike.

If you have any questions, please do not hesitate to reach out by emailing marielle@friendsofthesmokies.org 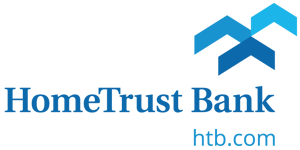